A city divided between two continents, between two cultures, between two ways of being, which grew up facing the Bosphorus, the natural channel that connects two inland seas: at north the Black one, at south the Marmara. Constantly crossed by numerous ferryboats and cargo ships, the Bosphorus, is easily confused with a river, but the smell of the sea that the gentle breeze drag, quickly takes us to its salty nature.

Although Ankara have stolen in the 20s the status of capital of Turkey, by the hand of Atatürk “father of the Turks”, Istanbul remains the historical and cultural capital, which currently brings together more than 17 million people, showing up modern and cosmopolitan, while maintaining the identity of Turkish culture that lives together with the weight of Muslim traditions.

It can be said that the city center is located on the European side of the Bosporus, where a sea inlet called Golden Horn in Turkish Haliç, divides the two parts of the city. On the north side lie the more European and cosmopolitan areas of Istanbul which brings out the districts of Galata and Beyoglu. Istiklal Caddesi a popular street, that goes from Galata to Taksim Square, stage of some episodes of the 2013 Arab Spring.

The south side of the Golden Horn, in the oldest part of the city dominate the mosques and Orthodox churches whose domes and minarets towering over the compact houses, are the symbol of the city; it is where are located the traditional markets and the Topkapi Palace, which was the residence of sultans of the Ottoman Empire.

Connecting the two sides of the European part of the city, the Galata Bridge, which was built in the mid-ninth century and has since undergone several reconstructions, currently going in the fifth version. In the evenings, especially on weekends, throughout the wide side walks, hundreds of men spending their time fishing while watching the parade of ferry boats that constantly cross the Golden Horn and the Bosphorus, connecting several city points and literally linking Europe to Asia.

The Asian side of the Bosporus is a more modern city, with some palaces and mosques but where the most attractive is the promenade Harem Sahil Yolu, which extends towards the south from the Üsküdar ferryboats terminal, that attracts hundreds of people to savor a tea, coffee or even a simple meal, overlooking the Marmara Sea, waiting for the spectacle of the sun set, which brings out the domes and minarets of the mosques on the European side of city.

For those arriving at the main airport, Istanbul Ataturk Airport, there is a metro station that connects the city center.

For arrivals to Sabiha Gökçen Airport, focused more on the low-cost companies, the best option is the company’s bus service Havatas a shuttle service connecting the airport to Beşiktaş or Taksim square, running daily from 4am to 1am. These buses are just outside the airport’s main gate, across the street, offering a direct and comfortable connection to enter the city.

The ticket price is 14 TL, and you can exchange money in the airport or get one of the many existing ATMs.

The trip to Taksim takes about 90 minutes, depending on traffic.

There are hundreds of hotels and hostel for the city but prices go too close to any European city.

The choice fell to Chillout Hostel in Beyoglu, situated in a plane perpendicular to İstiklal Caddesi, between Galata Tower and Taksim Square, which not only have attractive prices as it is situated within a reasonable distance to be done walking from the Taksim square , where finishes the connecting bus to Istanbul Sabiha Gökçen Airport.

Like any big city, Istanbul offers many options of course dominated the Turkish food, were the kebab is king, but also lots international food restaurants especially in Beyoglu and Galata area.

To bridge any hunger tip that may arise, exist all over the side street of simit sellers, a typical ring-shaped bread covered in sesame seed.

It is unanimous that the system of Istanbul transport is modern and efficient, both in terms of buses, electric, metro and especially the ferry boats to the hundreds cross the Golden Horn and the Bosphorus channel, connecting the side the two European banks and these Asian side of the city to. However, this does not mean that occur, major road congestion that characterize peak hours.

Essential, even for those who stay only for a few days in the city, is to acquire the Istanbul Kart, a card that not only offers travel discounts on sea crossings, as it is essential to circulate in the underground network, electric, cable cars and buses, offering discount transfers between the means of transport in a 2 hour period.

Istanbul Kart: It costs 10 TL; can be loaded with 5, 10, 20 or 50 TL, in vending machines (with instructions also in English) at the entrance of boats ferry stations and stores, kiosks and tobacconists are almost everywhere in the city. 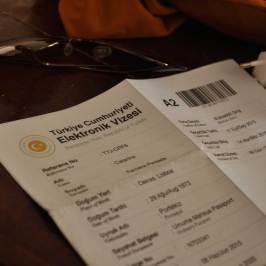 Get a visa to visit Turkey is easy and fast. Since the computer system was... 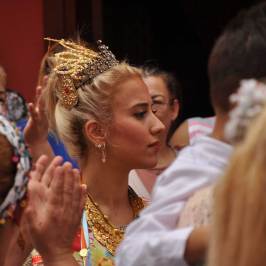 Balat, located in the Golden Horn, is famous for being associated with the presence of... 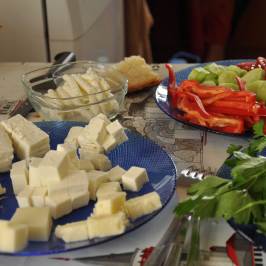 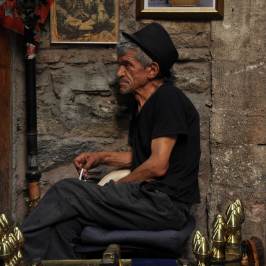 Galata neighborhood which nestles around the famous tower, sliding down the slope, is perhaps the... 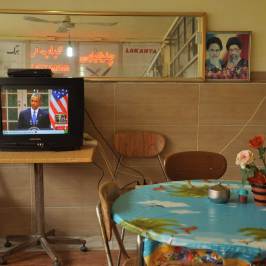 Due to problem in the east part of Turkey, resulting from conflicts to Kurdish community... 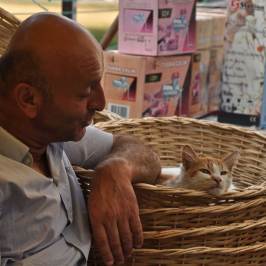 Cats, cats and more cats … the city of Istanbul will always be associated with...